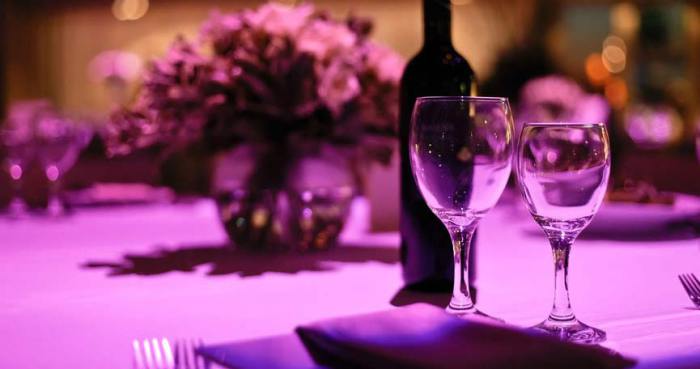 When you’ve got that certain someone to agree to come spend some more time with you, you want to make sure that they remember that time as fondly as possible. You could go clubbing or show them your favourite bars, but that’s not exactly stretching yourself is it? Dates are all about making the best impression and you certainly won’t get a chance to make a second one if your choice of date venue just blends into the background.

It’s not as if Dublin has any shortages of amazing places to go and things to do – and even better there’s something for everyone. Dublin may be small, but it has always packed a punch far above its weight when it comes to combining history, elegance, character and beauty.

Don’t forget that dates don’t have to be in the evening or cost the earth either. Just make sure you’re keeping safety in mind, especially on a first date, and let friends or family know where you’re going to be and when to expect you back.

Here’s some of our favorites, hopefully they’ll inspire you if you’re feeling a bit stuck for ideas, and let you get back to concentrating on the important things – like how you’re going to dress to impress…

Film Night
Yes, we know that going for a movie is a bit of a dating cliché, but there’s no reason why you should go for the mainstream option when you’ve got the Irish Film Institute in Temple Bar. Universally praised for the helpfulness of its staff and smart touches like how long it takes for any given meal in their restaurant to be prepared, the IFI showcases the best in indie, Irish and world cinema. It also hosts all sorts of events through the year tied to various movie themes so there’s always something different going on. Even if none of the films are quite what you’re into, there’s always the well-stocked bar and plenty of comfy seats that give a great feel you won’t get many other places.

Afternoon Tea
If you’re looking to do something during the day or midweek, why not let everything stop at 3.30pm in the Writer’s Lounge at The Gresham? It’s a wonderful slice of luxury right in the heart of the city, just off O’Connell Street. You’ll need to make a booking, but with the hotel so close to the Abbey or Gateway theatres, it would be a great place to start ahead of an evening out.

The Zoo
In Dublin we’re lucky to have an excellent zoo on our doorstep. Dublin Zoo is in Phoenix Park and just opened Sea Lion Cove as a new saltwater habitat, complete with a deep pool and viewing area that allows visitors to see the sea lions swimming underwater. There are talks and feeding times for different animals through the day, but they also do evening barbecues in the summer as well as other events.

Game of Thrones Tours
If you’ve got a whole day and you’re both fans of Game of Thrones there are a number of tours of locations used in the filming of the series. Gameofthronestours.com takes its tours by coach from Jury’s Inn at eight in the morning and loops up into Northern Ireland to take in locations used to film Winterfell, Robb’s Camp and many of the classic early scenes in the first series. With Stark family cloaks provided to guests, and the option to buy LARP swords and other Stark-related merchandise you can combine your fandom with an active outdoors trek through stunning countryside.

Dubh Linn Gardens
Most people head for the castle, but if you don’t fancy paying to get in there, there are always the quiet gardens behind it. It’s the original “dark pool” from which the city got its name and it was landscaped not too long ago, becoming a popular lunchtime place for local office workers.

Bus Tours
If the whole day excursions of the Game of Thrones tour aren’t your cup of tea, then there are plenty of shorter bus trips around Dublin, like the Dublin Ghostbus, or the Irish Story Telling Bus. You can cuddle up on a seat together, watch the city go by and be entertained all at once.

Spin Roller Disco
An active date that will definitely stand out from the crowd, even if you find difficulty in standing yourself, the Roller Disco at Spin is open Wednesday through Sunday and attracts people of all ages. If you have youngsters in tow, there are afternoon sessions, or you can enjoy late nights in the week days. It’s got great sound and lighting and they even do skating lessons if you’re both complete novices or want something a bit more structured to your visit. It’s based on Long Mile Road, just down from Drimnagh Castle.

Trinity College
Right in the heart of the city, the College is a bastion of learning and history. It houses the Book of Kells and has a beautiful library that is worth a quiet wander around in. It also has a great bar called The Pav, which serves as the pavilion to the cricket pitch and serves great beer, fantastic for sitting out in the sun on a lazy summer evening in amazing surroundings.
Alternatively, try the Science Gallery, also on campus, which takes a fresh and lively look at how science and technology is improving our lives, mainly with a constantly changing series of displays that have in the past included robotic art and clothing that reacts, grows and changes on its own.

Cycle Tours
Dublin is renowned as one of the best places in Europe for cycling, so another good option for during the day is to hire a couple of city bikes. Then you can get out and about, and take advantage of the cycling lanes that run all over the city. It’ll be a good laugh and you’ll get some exercise in. You could even combine it with some of the more sedate ideas in this list.

Music!
Where would we be without music, the food of love? Dublin is heaving with live music locations, from gigs in pubs or larger events in more formal music venues. There’s the Academy on Middle Abbey Street, which not only plays host to various acts on tour, but also holds great club nights. If you’re looking for something a bit more varied, then take a look at the Olympia Theatre which also shows plays on evenings when musical acts aren’t playing. You’ll find something for every taste in Dubin, quite often in venues right next to each other.

Coffee and Chocolate
Great coffee shops are springing up all over the city, so where better to meet when time is short or you’re just meeting to see if there’s any chemistry at all? Some can feel a bit formal, but there are plenty, like Accents, Bald Barista or the Cake Café that are relaxed and comfortable – a great place to sit and get to know each other properly.

A Horse, Carriage, and Meal
You’d mostly think these were for the tourists, but if you grab one at the top of Grafton Street, they can take you on a quick tour round the city for around the cost of afternoon tea for two. Afterwards you can pop in to Super Miss Sue on Drury Street for a fish and chip supper in the Café, or try the pop-up Steakhouse, Luna, which is also on the premises.

There’s so much to see and do in Dublin, you’ll find new joys around every corner. Don’t be afraid to mix and match your date ideas and locations. If nothing else, if the date isn’t working out, you can use the change of venue to call an early halt to things, but it’s far more likely the variety and spontaneity of it all will make for some truly epic encounters.