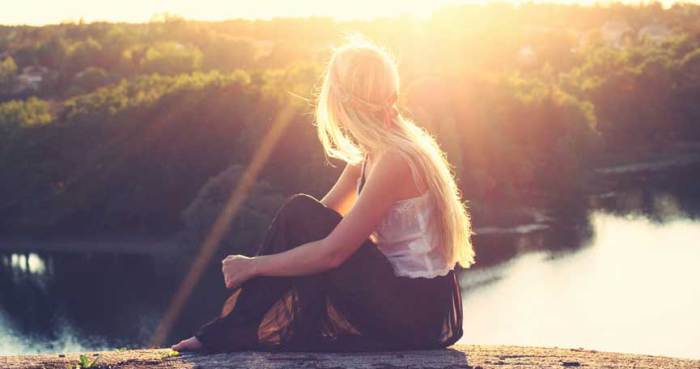 Reading His Body Language: 10 Signs He Likes You

You would think that after so many years of civilisation that we’d find it pretty easy to work out when a guy is interested in you – after all, it’s not as if most men are particularly complicated creatures at the best of times, no matter what part of the world they come from. Some men will happily lay it all on the line, but let’s be honest they’re pretty rare and most men are too nervous to step up to the plate unless we’re practically dragging them there.

If he’s only doing a few of the things on this list, then perhaps you might want to keep that reserve until things become clearer, but if you notice he’s doing a bunch of these things, and it’s not looking forced then it’s worth getting closer and seeing where things go.

Raised Eyebrow – this can be one of those “blink and you’ll miss it” signs called a micro-expression, and it’s an old caveman expression that comes with curiosity. It helps open his eyes when he sees something he likes, or hears something that interests him. Holding his gaze for a couple of seconds before looking away is a good way to acknowledge it.

Smiling When He Sees You – it should go without saying that seeing someone who makes you feel happy puts a smile on your face, but if he really likes you, it won’t just be that initial grin, he’ll be smiling a lot. Even better, if you can see his front teeth and he’s over the age of five, then he’s really happy and having fun.

Walking With You – there’s an old saying that men slow down for love. If he’s keeping pace with you as you walk, rather than striding ahead or falling behind, then he wants to be with you.

Expressive Hands – Hand gestures are a good thing to look for when you’re talking to a guy. The more they like you, the more likely they are to use their hands to shape and enhance their expressions. It’s part of their trying to ensure that you’re understanding things on the same level that they are saying them, and works to keep hold of your attention.

Looking For Your Reaction – As a guy comes to like you more, he tries to gauge whether he’s pleasing you or at least gaining a favourable reaction. If he does something like tell a joke, and you notice his eyes lock on you first, then it’s your reaction that matters most to him.

Touching His Hair – Most people know we play with our hair sometimes when we’re with someone we like, but not many people know that men do it too. It’s another form of grooming, wanting to look his best for you.

Lowering His Voice – If he’s speaking more quietly and softly with you then this is a very clear signal that his words are meant for your ears and no one else – if he’s talking about something private this might seem to be only natural but even that action shows that he’s extending at least a certain level of trust towards you.

Taking A Deep Breath – We’re not just talking normal breathing here. If he pulls in his stomach and puffs his chest then this is him subconsciously trying to look broader across the shoulders and thinner at the waist – all cues to make him seem more masculine and attractive to you.

Leaning In – While it depends on the situation, if he’s doing this while talking or listening to you – pointing his entire upper body towards you, he’s definitely interested in what you’re up to and who you are. Most men don’t tend to square their bodies up to any one person – so if he’s leaning in, and especially if he’s turned his back on someone else, he wants to be as close as possible.

Physical Touch – This might start as a touch under the pretense of another reason to test the waters, or start with light touches to the arm or hair, but it’s a way both of testing your limits and indicating that he’d like to get closer. He might then back off a little to enjoy getting to know you better, or carry on as you both start to relax into a closer intimacy. How that progresses is entirely up to you.

Of course, this list isn’t exhaustive, and if you’re part of a wider circle of friends you’ll almost certainly get further clues from their reactions on either side – whether it’s your friends egging you on, or his friends teasing him if he’s shy. As a good rule of thumb, if he’s comfortable in getting close, paying you attention and listens as well as talks then you can be fairly sure that he’s making you the centre of his focus and he really likes what he sees and hears.

So, now you’ve got this advice about reading his body language, what’s stopping you from taking a fresh look at that guy you’ve got your eye on and seeing if he’s looking right back at you?